As you may know, ICE 2016 is coming up at the beginning of February and, as usual, iSoftBet will be there!

Last year, and every other year we went to ICE for that matter, it was great! We got to meet a lot of people, both potential clients and online gaming enthusiasts, and of course we got to show off our awesome games.

We had lots of goodies to go around and beside this, not to brag, we got the impression that the iSoftBet ICE command center was somewhere in the top ten most liked. What do you think? Here what we showcased last year: 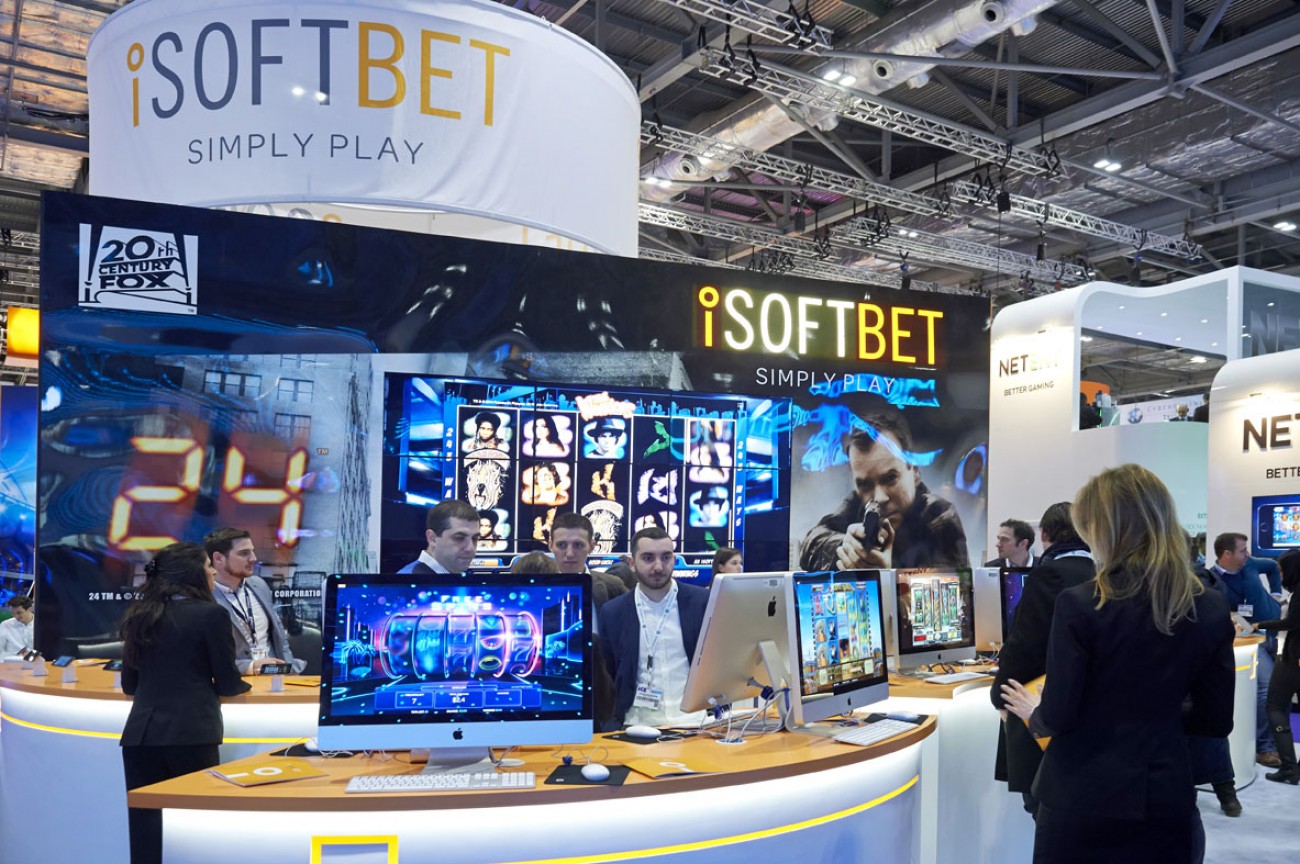 Don’t forget, between the 2nd and the 4th of February 2016, you can visit ICE at the ExCel Center in London (see how to get there) and you can find us at stand N5-240.

If you are eager to talk to us, why not book a meeting? You can quickly
do that here.

We are really looking forward to talking with you and we do hope to see
you at ICE 2016!

Although all we do these days is think about resolutions for the New Year, let’s take some time to fully appreciate how remarkable 2015 has been for iSoftBet!

We launched some awesome games with great features, we participated in some renowned gaming shows: ICE, EIG, Macau Gaming Show, had some laughs as well as some well-deserved fun and shook hands with some of the world’s most valued companies, now our new partners.

In other news, we have a new office! We salute our colleagues in Manila in the Philippines. Also, our Timisoara office has welcomed more than 20 new team members in 2015.

To top all of this, iSoftBet has made the shortlist for the Mobile Supplier category in the EGR B2B Awards and, very important, we got our UK licence!

Note: To view all our games, you can visit our website: www.isoftbet.com and go to the Portfolio page.

These are only some of the cool games we launched in 2015 (you can see
more on our LinkedIn page here):

In September we released an amazing branded slot: 24, alongside an exciting leaderboard promotion, offering daily cash prizes to our high rollers.

You can read more about this release on our website, here.

In November, we achieved our first dual Flash / Mobile launch with the release of Astro Magic HD! We also ran a great “Northern Lights Adventure” promotion alongside the launch and the lucky first prize winner came from our partners at Interwetten!

To view a short gameplay video and read some more details about this game on our website, you can click here.

Eagerly anticipated, the launch of Neon Reels was unleashed on the worldwide casino web in August, alongside a promotion offering players the chance to win a once-in-a-lifetime trip to Las Vegas! So far, we’re proud to call Neon Reels our best…game…ever!

You can read more about this game and watch a gameplay video on our website, here.

“With great power comes great responsibility”, wrote Dostoyevsky in his hit novel “Great Gatsby”. Ok, maybe not him and not that novel, but we at iSoftBet take this motto very seriously, hence our big plans for 2016. Spoiler alert!

Remember those retro 8-bit games? Well, you will have the chance to
relive those days with iSoftBet’s MegaBoy.

This game has a remarkable feature: the special characters. These appear
in the middle of the central reel and unlock game modes, which have their own selection of special features or power-ups, including extended Wilds and multipliers!

An illustrious and aristocratic classic! iSoftBet brings you Luxury Rome, a game that takes you back to decadent ancient roman times with an abundance of features. Your chances of winning are greatly increased with two glorious bonus rounds!

With its fluffy, yet mythical 3D animated characters and its big
winnings, iSoftBet’s Cloud Tales portrays as a story of “spin and win” every player wants to be part of. This game has an array of exciting and mysterious features, including symbol transformations meant to boost your chances of hitting the jackpot!

In February, we will participate once again in the ICE exhibit, a unique gathering place for all the major gaming companies where we cannot wait to build new contacts, arrange meetings and forge partnerships. And we’re thinking of going to Miami, for Juegos of course…but we’ll see about that.

As always, we are hard at work to create the same quality-fun-charming games our clients and players have been used to – prepare yourself to be impressed!

Our Game Aggregation Platform, or GAP as we affectionately call it, has given us the ability to partner with a selected group of third party game providers, each offering their own unique suite of products to iSoftBet customers. In 2016 we are looking forward to improving GAP and streamlining its functionality as well as adding new features.

And this is only the beginning, take a front-seat and hold on tightly to experience all the adventures iSoftBet will go throughout in 2016!